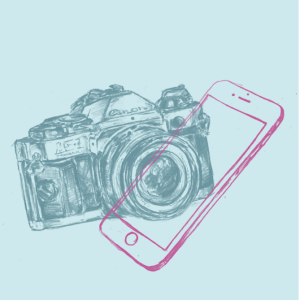 The media has become a ubiquitous part of our lives and its examination by social sciences is no longer an academic novelty. For quite some time, students have been signing up for subjects from the rank of media studies and immersing themselves in the history of media news, analysis of television broadcasting and evaluation of the possibilities of online communication.

However, are media mere information channels that mediate content or do they actively transform the ways in which we perceive the transmitted information and how we understand it, and thus eventually also how we form an image of the surrounding world? Come and join us in reflecting on media in a broader perspective disengaged from the discipline of media studies. Let us try to see them as platforms, environments and infrastructures of specific time and language through which we mutually mediate the world to each other, however, through which the world also gives itself to us.

Has PowerPoint become a new cognitive scheme and tweeting a new language figure? If man and medium are mutually interconnected in the constant movement of representation and communication, where does the medium start and man end? Have we turned into hybrids whose bodies are supplemented with technological prostheses such as social media and smartphones, and can the world of humans exist without media (such as image, word and writing) at all?

Case studies on the philosophy of media will be presented by:

The 30-minute presentations will be followed by a moderated discussion with the viewers (moderated by Andrea Průchová / Fresh Eye). 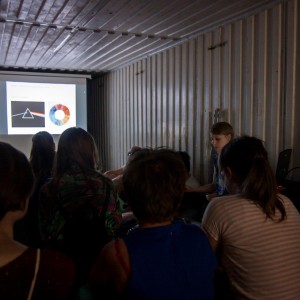 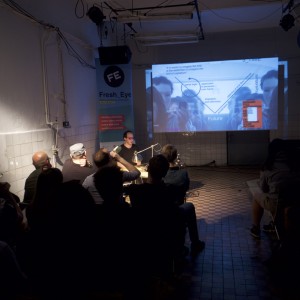 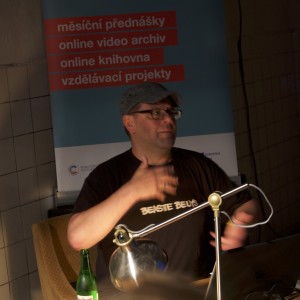 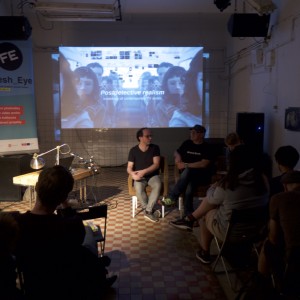