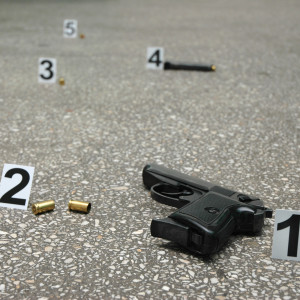 The human eye represents a key moment of crime – its presence or absence serves as evidence of the given deed. Was there an “eye witness” or was the crime unseen and is it thus impossible to reveal the perpetrator? Due to the development of modern imaging technology, the situation is changing dramatically; the artificial digital eye can detect the perpetrator either in the crime scene or in places he has gone to. Contemporary criminal series teem with advanced technology used with ease by competent investigators and the image of criminalistics and modern medicine has been elevated to a fetish of the current form of crime representation in popular culture.
However, history has shown that the scientific image has always usurped its right to become an image of the truth; the understanding of the image as evidence stood at the very birth of photography. It was photography that became the evaluation tool of who and what is outside the boundaries of social norm. While the commandment “Thou shalt not kill” has been broken for millennia, it is only our modern society that has managed to turn crime into a commercial phenomenon selling the images of seen or merely sensed violence to our desensitized eyes.