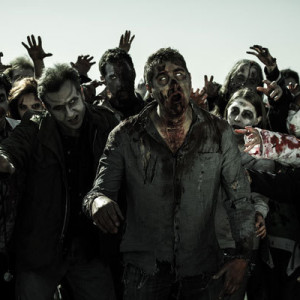 Death has an irreplaceable position in our culture, though it has been more or less visible in various eras. As the meaning of death keeps changing, turning from a natural part of human life and culture and a key symbolical moment of transgression in religious societies and groups to a phenomenon pushed to the edge of our awareness by the industrial boom, cult of the healthy body and eternal youth, the images of death keep changing, too. While our ancestors celebrated All Souls’ Day with great intensity, left an empty place at the table for the dead and “revenants” would represent an important part of the society, today we are dogged by chunks of meat of modern zombies with a bloodthirsty stare that can be stopped neither by quality military ammunition nor by leading Hollywood stars. However, zombies do not only want to destroy our civilization; they are starting to fall in love, build social relations and their own worlds in popular culture. Should we stop being afraid?
What meaning does the zombie figure carry in contemporary visual culture? How does it relate to the cult of the undead from ancient history? What do the images of the living dead say about us, the living, and our society?