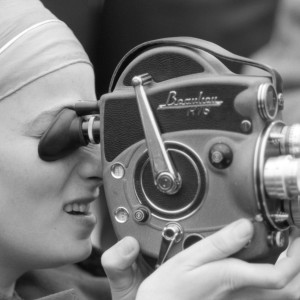 In collaboration with ArtMap and Documentary Mondays, the Fresh Eye platform for visual culture studies would like to invite you to a third screening within the successful Culture Wars film series which presents distinctive personalities of the second half of the 20th century that have strongly contributed to the contemporary (not only) visual culture to Czech audiences.

Barbara Rubin and the Exploding New York Underground (2018) gives special insight into the unique and radical creative and personal life of American experimental filmmaker Barbara Rubin. Although she is rightfully considered one of the leading figures of the unrestrained alternative New York scene of the 1960s, she still remains rather unknown to the general public. Within the early artistic underground, where the creative voices of visual artist Andy Warhol, poet Allen Ginsberg and filmmaker Jonas Mekas were fully heard for the first time, Rubin assumed an important position of one of the few women that got involved in this environment not only as an organizer but essentially as an active creator.

Her film debut Christmas on Earth (1963–1965) became a pioneering work of feminist and queer oriented visuality, exploring the human body and sexuality from an initially shocking yet artistically innovative perspective. During her short-lived yet (the more so) breathtaking creative career, Rubin, who became close with Warhol (whom she introduced to The Velvet Underground) and Ginsberg (with whom she co-founded the East Hill Farm as a refuge for young poets), was the closest with founder of experimental cinema Jonas Mekas. It was Mekas who preserved Christmas on Earth – now seen as an iconic manifesto of feminist post-war underground – under the roof of the famous home of experimental films known as Anthology Film Archives and who took care of Rubin’s work after her untimely death. The documentary is compiled mostly of footage preserved by Mekas and the Prague screening thus commemorates the late filmmaker as well.

The documentary Barbara Rubin and the Exploding New York Underground directed by Chuck Smith received a world premiere at the Canadian Film Festival in Toronto in 2018. In February, it will be screened in Czech premiere (in an English language version) and will be preceded by a performance of experimental filmmaker Anna Kryvenko.

Tickets can be purchased at Světozor Cinema or via the cinema website.