SEE YOU III: Visual Culture in Research and Study

The Fresh Eye Platform for Visual Culture Studies would like to invite the general public to the third edition of an interdisciplinary conference SEE YOU.

The theoretical concept of CGI animation is greatly informed by technological developments which open up the possibility of generating an entirely new reality. Synthetic realism and hyperrealism usually draw attention to the mimetic abilities of computer generated images. However, moments of lapsus show that a non-material digital surface can also become materialized. The digital surface thus goes beyond its mimetic attributes and exposes a layer of visual materia. Lapsus is present, for example, as a creative strategy in Jon Rafman’s Dream Journal (2016–17). How can the digital surface be structured by the formless absence of creative deformation?

The concept of virtual academy uses the close connection between space and the creation of memories in human memory. It emerged from the search of the potential of virtual reality. Not as a simulator of reality, but as an independent 3D digital space.

Animated documentary is a genre that is becoming increasingly visible, not only on the Czech filmmaking scene. The paper will focus on this style employing oral history and a creative visual arts approach. It will strive to pinpoint what this specific subgenre can offer not only to viewers, but also to filmmakers. What is specific to this genre, what topics arise, and what clichés can be found here?

The paper will present a selection of outcomes of library and archival research mapping out the use of comics (or pictorial series) as an advertising and promotional tactic in Czechoslovak printed media. Advertising and comics here represent a phenomenon of a particularly strong socio-cultural determination, including the state ideology. Both pictorial series/comics and printed advertising entered the realm of Czechoslovak periodical and non-periodical printed matter starting in the mid-19th century, reaching their “golden age” throughout the 20th century. In the newspeak of the time, they were denounced as Western expressions of the “bourgeoisie” or the American culture of “decay.” These influences were greatly curbed and gradually replaced by specifically domestic-made Czechoslovak socialist and “conscious” printed media. You will meet animated logotypes, thrifty insects, diverse mascots and even comic toothpaste!

Eva Janáčová (Institute of Art History of Czech Academy of Sciences): Image of the Enemy: Visual Manifestations of Antisemitism in the Czech Lands from the Middle-Ages until Today

The visual form of antisemitism has been and is one of the most powerful means of awakening and perpetuating dangerous racial stereotypes and prejudices. The subject of our project is a systematic analysis and interpretation of visual media which introduced anti-Jewish and anti-Semitic themes, solidified them, then rendered them visually in collaboration with professional and amateur artists. By understanding these processes we will become more familiar with our past as well as our present, which is increasingly more relevant with respect to growing racial hatred and xenophobia both in the Czech Republic and abroad.

Čeněk Pýcha (Institute for the Study of Totalitarian Regimes) & Jolana Tothová (National Museum): Museum of the Workers’ Movement for the 21st Century

This joint project of the National Museum and the Institute for the Study of Totalitarian Regimes aims at cultivating and offering to the public a collection of materials kept by the former central Communist museums (Museum of V. I. Lenin and Museum of Klement Gottwald). The project thus enters sensitive territory – on the one hand, as a reminder to one whole generation of their experience of mandatory museum visits, and on the other hand, the exhibited artefacts previously narrated a story which has since disintegrated and lost its social relevance. Our presentation will focus on our search for paths towards situations through which such “decayed” museums could offer new perspectives even for today’s visitors and students.

In the wake of the privatization of education and the increasing neoliberalisation of knowledge production, artistic and curatorial practices have increasingly offered a range of platforms exploring alternative educational models. As Irit Rogoff writes: ‘education signals rich possibilities of coming together and participating in an arena that is not yet signalled.’ Education can be a shorthand for collective forums and debates, where conclusions are suspended, and criticism is replaced with generosity and processes of collective knowledge production. In a cultural economy informed by entertainment, accessibility-imperative and neoliberal consensus, contemporary art spaces, and elsewhere, risk becoming unable to provide a space and time for critical debate and not-yet-provoked ideas and practices. The presentation will introduce a platform CAMPUS Independent Study Programme, a year-long and city-wide independent study programme based on collaborative knowledge production and innovative research practices.

Since it was founded in 1969, Visual Studies Workshop (VSW) in Rochester, New York, USA, has been interested in art, criticism, and publishing that overlaps photography, conceptual art, and visual culture in ways that are less commonly discussed in any one medium or discourse. Central to this activity has been experimentation with the visual book. This talk will look at the visual studies methodologies taught in curriculum relative to the visual book using dozens of examples by artists-in-residence and students published by VSW.

You can also use this opportunity to buy classical and modern titles dedicated to visual culture at the book stalls of ArtMap and the VVP AVU, Artefactum and National Film Archive publishing houses. 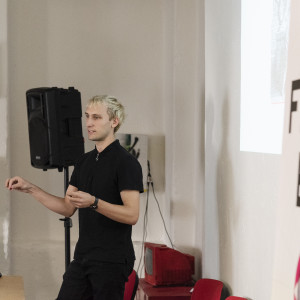 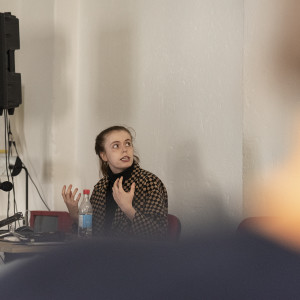 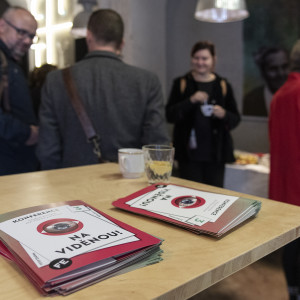