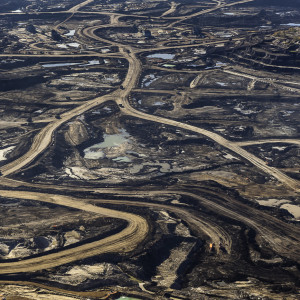 The lecture part of the evening, including two presentations and discussion, will be followed by a launch of the Czech translation of the cult book of essays “Ways of Seeing” by British cultural critic and author John Berger published in cooperation of the Fresh Eye platform and the Fresh Eye edition of Labyrint Publishing House. The launch starts at 8:00 pm.

Contemporary science teems with new technical vocabulary. Everything is interdisciplinary, ideally standing in juxtaposition and formulating its own discourse. Some terms never make it to the common language. Others settle in it, perhaps even change their meaning, however, only a few of them depict contemporary life. One of them is the increasingly important and increasingly present scientific concept of the “Anthropocene,” a new geologic era defined by human activities altering the form of the Earth. While in the early days people adapted to their environment both physically and economically, today they live in an artificially created world, impacted in an ever faster pace by unintended economic, social and primarily ecologic results of human modernization efforts.

Newspaper articles, television reports and Hollywood blockbusters present us with catastrophic visions of the future, with Earth disappearing under the wave of a new global flood caused by melting icebergs or drowning in waste. Colorful and interactive graphs show us the merciless movement of the ecologic boomerang returning our thoughtless exploitation of energetic sources while future designers along with scientists draft houses and cars powered by alternative fuels. Cities keep stealing more and more space for themselves on the surface of the Earth and bird’s eye views mostly capture a mash of urban agglomerations and multilevel arterial roads. Such are the images of the Anthropocene. What are the other phenomena visually captured by this new concept and what image of the present, past and future society does it offer?

The images of the Anthropocene will be discussed by the following guests:

TEREZA STÖCKELOVÁ, sociologist “The Anthropocene – An Age of the Power and Powerlessness of Man” 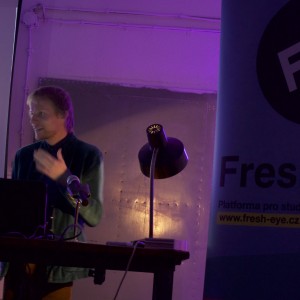 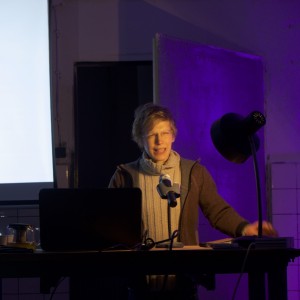 Image versus Anthropocene: TEREZA STÖCKELOVÁ – Anthropocene, The Age of the Power and Powerlessness of Man
Past Events:Upcoming Events: