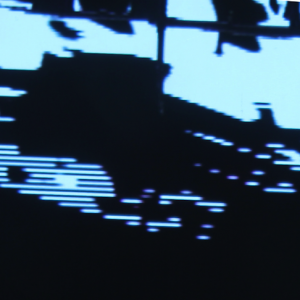 The gradual improvement of technological film processes is closely connected to exploring the limits of the possibilities of the film image by avant-garde filmmakers and visual experimenters. The film image has become a generally accepted kind of artistic representation which has developed its own theory, vocabulary and interpretation methods. However, how does it relate to the visual image out of which it has grown and from which it has distinguished itself from the very beginning? How does the visual image react to the dominance of film which has conquered the 20th century? Has it found new ways of communicating with the audience, new approaches like those of abstract art that will always remain unmatched by the film image?