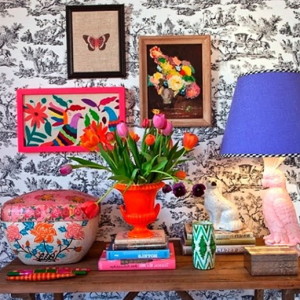 Launch of the 5th edition of Fresh Eye lectures on visual culture and its phenomena!

Kitsch, le kitsch, der Kitsch; a word that connects world languages but divides the public. Where is the division line between what we consider kitsch; an object that is unoriginal, worthless, preying on communication stereotypes? How have these lines shifted in the past and where are they today? Do they differ according to the social group we belong to, are they influenced by our education or the culture we come from? Why do we need the category of kitsch in visual culture at all? Does it constitute a dialectic dichotomy with high art to confirm its status and thus defend traditional cultural norms, values and distinctions (W. J. T. Mitchell) or, as some cultural theorists relying on the psychoanalytical interpretation apparatus claim (Andreas Huyssen), do kitsch and mass culture represent a female side of culture linked to spontaneity and revolution which will ultimately deprive high art of its sovereign position of a sophisticated system of connoisseurship and refined taste? After all, are not the division lines related to kitsch rather a permeable membrane stretched by the individual epochs in diverse ways, while each of us has once thought of having a beckoning cat at home?

“Kitsch as a problem for systematic aesthetics”

“The Law of Declining Revenues of Kitsch in Media and Advertising”