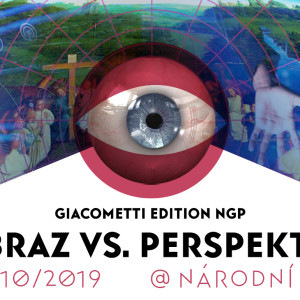 The invention of perspective is considered one of the key milestones in the evolution of visual language and visual thinking. It was one of the few ways of seeing to completely change our notion of the represented world; with perspective, it gained depth and a perception of distance, while the body turned into a focal point of the captured scenes. After the Renaissance era, perspective became an integral part of everyday visual communication, as it was adopted by the art movements and technical images which determined the mass and popular culture of the 19th and 20th century – photography and film. However, the ubiquity of perspective vision also faced substantial criticism seeking new ways of representation established by the avant-garde movements of Dadaism and Cubism as well as by the work of Alberto Giacometti and other artists accentuating the subjectivity of vision. How did the situation change with the arrival of new visualization technologies of the 21st century such as augmented and virtual reality, and how is the tradition of perspective approached by contemporary video art stepping outside the image frame into the physical space of the gallery and the spectators?

National Gallery Prague and the Fresh Eye Platform for visual culture studies present a program featuring three guests commenting on the phenomenon of perspective and space in visual culture from the perspective of culture and art history, in the context of the current exhibition of Alberto Giacometti, and through the prism of contemporary video art.