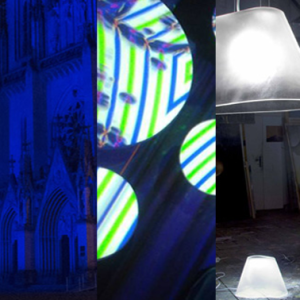 The program was held as part of Septembeam Festival in Olomouc.

The image of the city is one of the most changeable visual forms. The city is never the same; it is in constant movement, shaped by its architecture, citizens, its past as well as its vision of the future.

Natural light dynamizes the character of the city according to the phases of the day and communicates with its architecture. The citizens seek open light spaces and tend to avoid “dark narrow streets”. Places that are exposed to natural light in the daytime are governed by artificial lighting during the night. How can it change them? What does artificial light accentuate in the city, what purposes does it serve and when does it turn into light pollution?

HONZA MATOUŠEK, graphic design experimenter, co-author of the book City Is a Medium